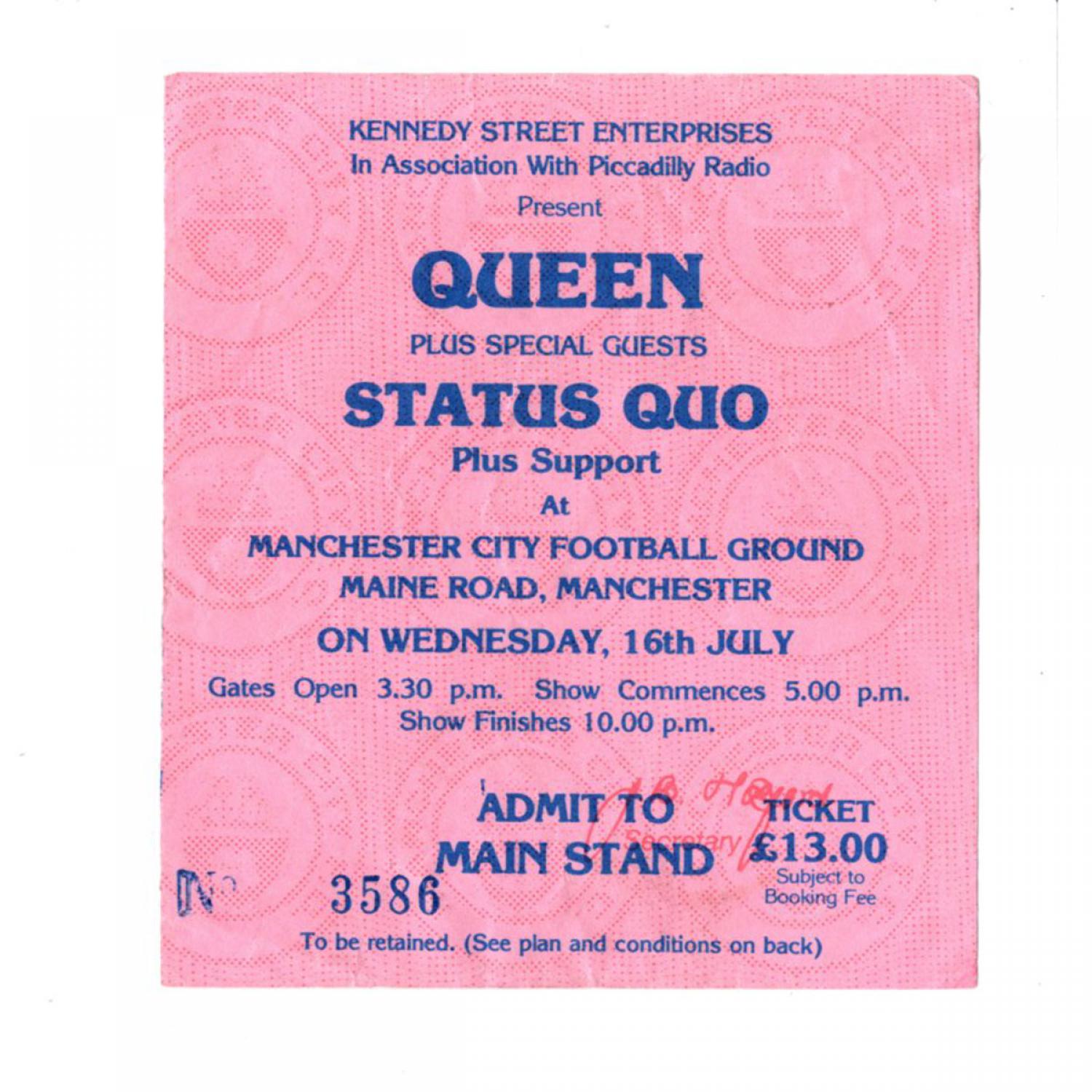 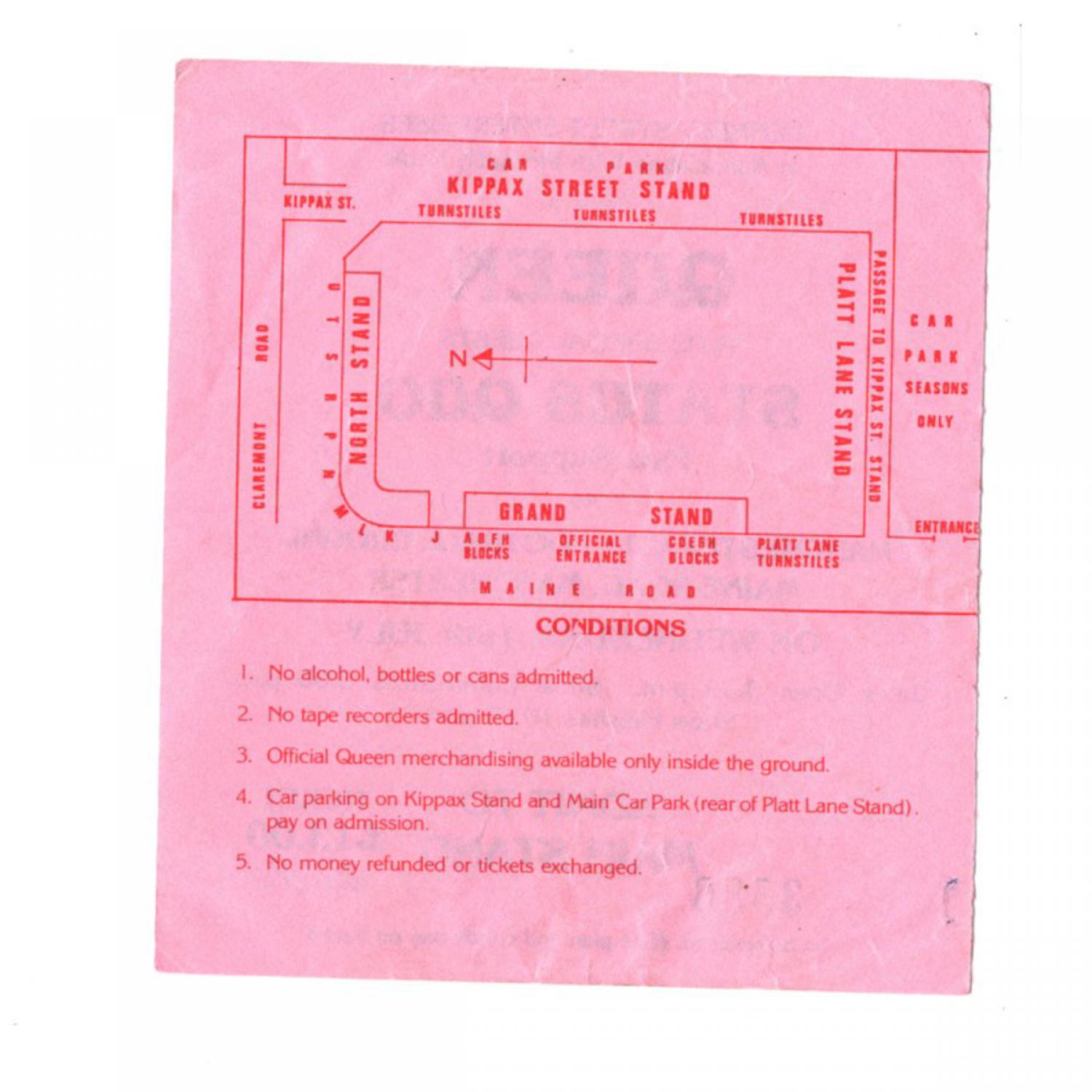 Ticket for the penultimate British performance by the four original members at Manchester City Football Ground as part of the Magic Tour. The 26 date tour was attended by over a million people making it one of the largest ever. It culminated in the final gig to an estimated 120,00 crowd at Knebworth Park on 9th August 1986, which although filmed for the video screens was never recorded. Some bootleg footage exists but this is mainly of the video screens themselves and is hence very "blocky". Very sad considering this was John and Freddie’s final gig. The "Live Magic" Album contains audio predominantly from Knebworth but also from Wembley and Budapest. Ticket measures approx. 8.5cm x 9.5cm.