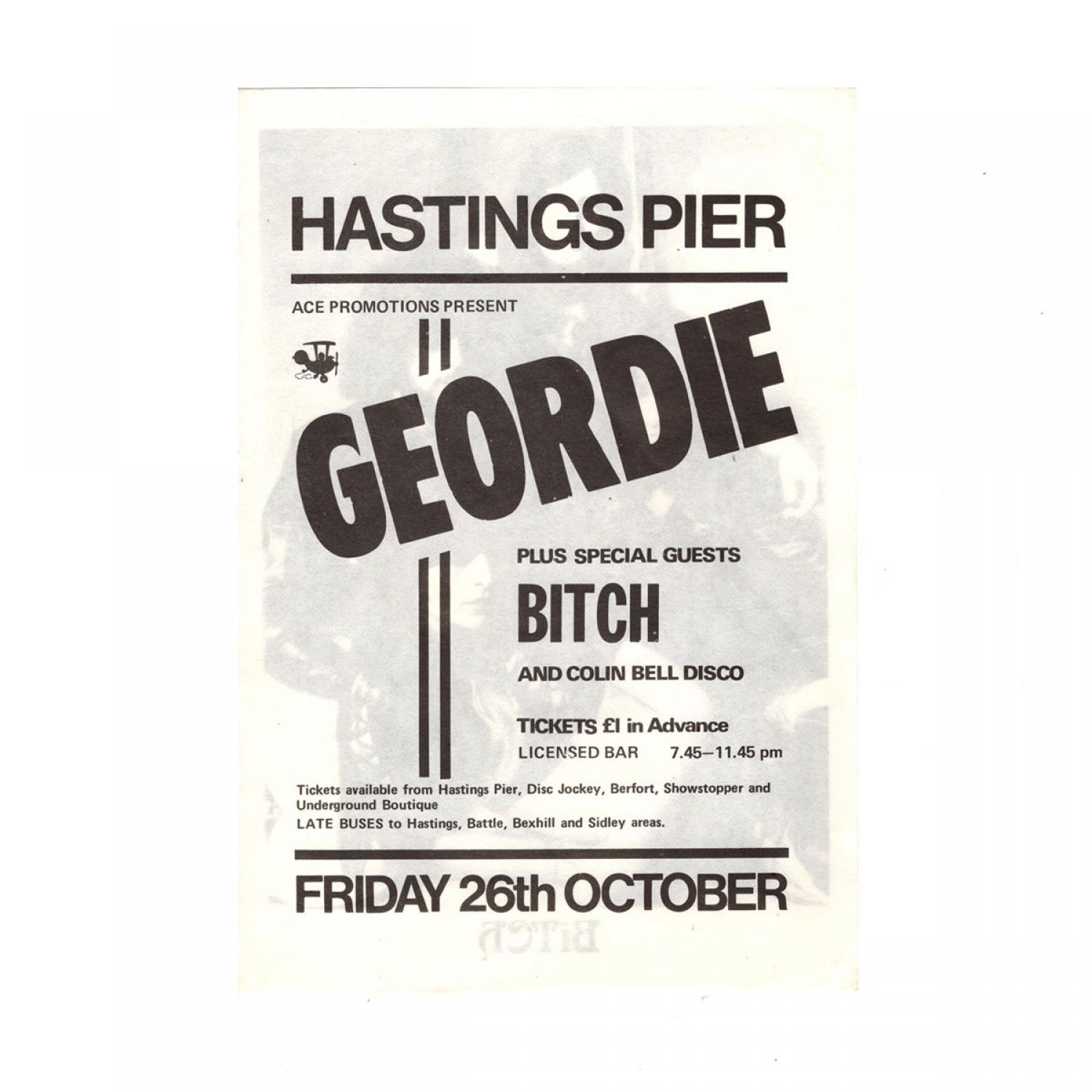 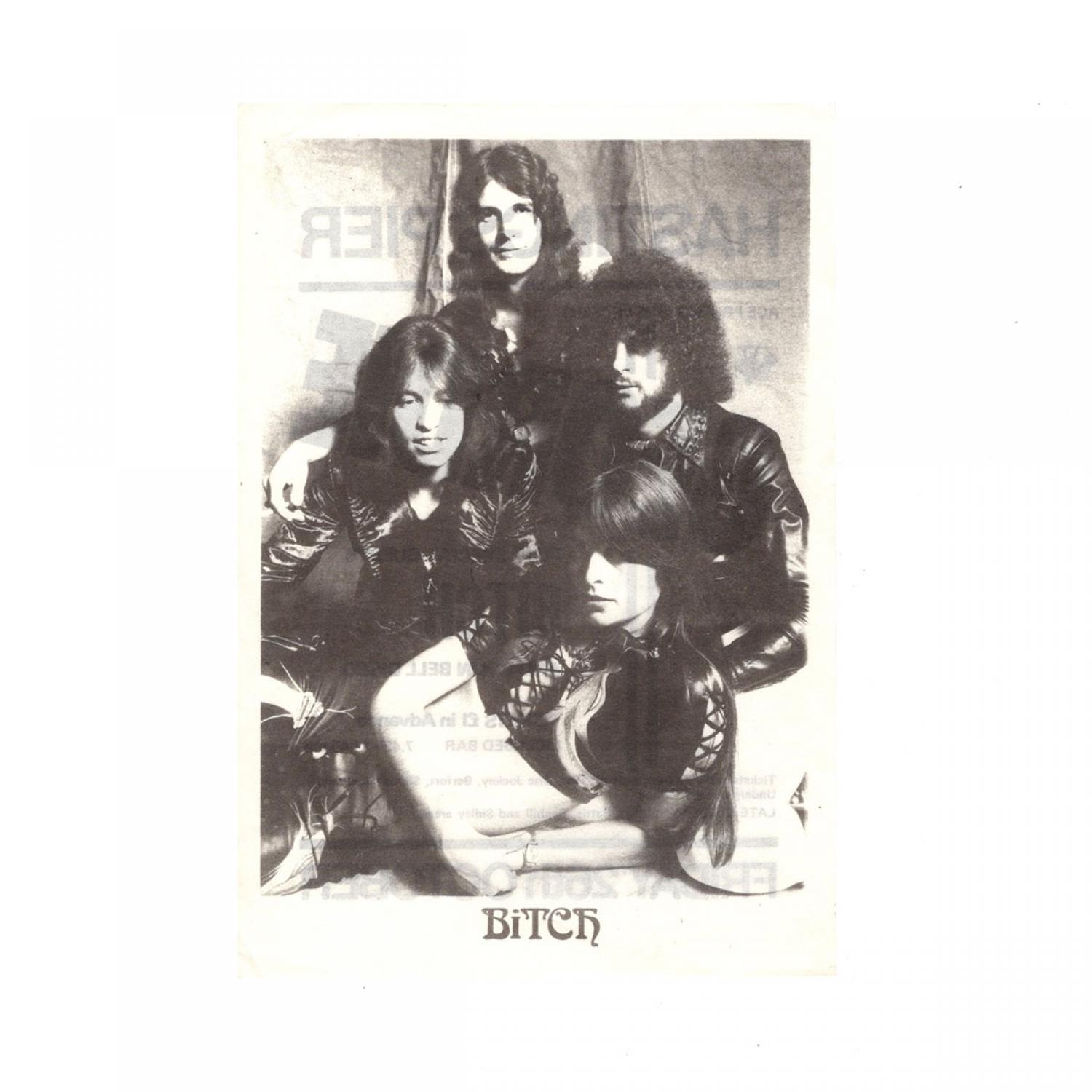 Double sided flyer with photo of support band "Bitch" on the reverse. Formed in Feb 1972 with Brian Johnson on lead vocals, Geordie released 3 albums, toured in support of Slade and made numerous appearances on Top of the Pops. Johnson left in ‘76 to pursue a solo career, eventually reforming Geordie with only himself as an original member and sometimes called Geordie II, before getting the call from AC DC and going on to record the 7th biggest selling album of all time. Approx. 14cm x 20cm.